Here's a great review of Autumn Angels by Dude He's The Stallion (no, we don't make these things up). 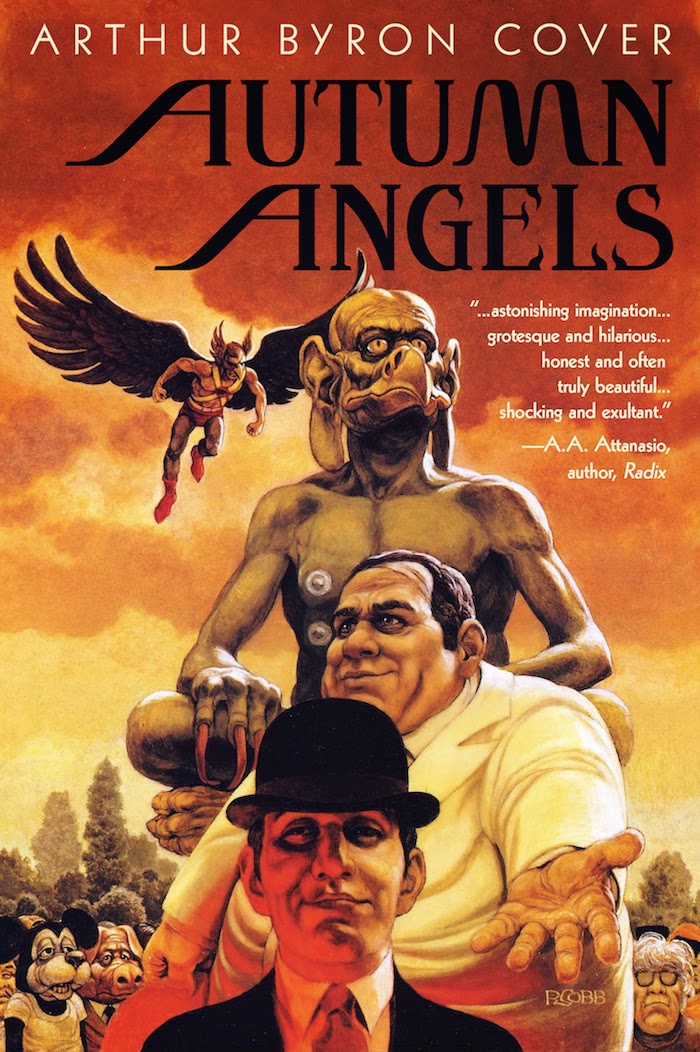 Buying a copy of Autumn Angels has reawakened my mind to the pleasures of a good science fiction story.

Autumn Angels is a story set millions of years in the future where man has been turned into godlike man. Every being on the planet has powers that border on being all-powerful. As the people are so changed, their names have been changed to aspects. Example: our main characters, the demon, the fat man, the lawyer. The aforementioned characters decide that life if too boring with the godlike man and that godlike man should learn depression. With depression godlike man could learn to have hopes and dreams to counteract the depression. The book concerns the character’s attempts to make their plan work. The quest for depression takes them far across the universe, introducing a myriad of interesting characters.

I found the mental gymnastics engaging. All the characters in the book are fictional characters from another source. Donald Duck and Mickey Mouse are characters, but they aren’t called that. The Big Red Cheese is a character and not everyone will know that is Captain Marvel. The flip side of this is that I don’t know who all the characters are and I miss some of the jokes. There is a lot of humor in the book. I would classify it as a comedy.

The concept is explored to it’s logical (and comedic) end, with a peek at characters that have nothing to do with the main plot. My favorite section was the Donald Duck section. The book is filled with inventive characters, my favorite being the Crawling Bird. The poster child for depression, the Crawling Bird could star in his own book and I would read it. The scene where the Crawling Bird is unveiled to godlike man at a fair was one of my favorite passages in the book.

"This strange novel-parable launched Cover’s long SF career in 1975. A repulsive demon, a black-derbyed lawyer, and a white-suited fat man plot to bring morbid depression to their race of godlike men, giving them purpose to master the universe. Their instrument is a pathetic crawling bird, whose heart-aching song of lament at its inability to fly causes listeners to feel anger and disappointment. Out of this quirky start, Cover swirls a phantasmagoric slew of allusions, quasi-references, and escapist "sampling" into something Harlan Ellison’s introduction calls "entertainingly meaningful."
- Publisher's Weekly